In our last blog entry on general issues regarding Texas DWI SFSTs , we touched on the three (3) major field sobriety tests. Today, we will discuss the first major SFST. In Bexar County and surrounding Wilson and Atascosa County, a seasoned San Antonio DWI lawyer must deal with challenging the first major DWI Field Sobriety Test (SFST): Horizontal Gaze Nystagmus (HGN). During this SFST, an arresting officer will employ a flashlight and position the flashlight in front of a driver’s eyes. 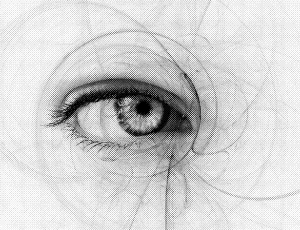 According to the National Highway Traffic Safety Administration (NHTSA) Manual, there are three clues of intoxication related to the HGN test for each eye for a total of six (6) possible clues. The three basic HGN clues are a lack of smooth pursuit by the eye, a distinct jerking or nystagmus, and a jerking of the eye before it reaches a forty-five (45) degree angle.

With respect to a lack of smooth pursuit, the officer must determine the answers to the following basic questions as he moves the flashlight back and forth across the driver’s eyes. First, can the driver actually follow the light in a smooth manner without the eye bouncing? If there is a jerk of the eyes, then that is considered a clue of intoxication. A common thread in every DWI report is the police officer’s observation that he observed a lack of smooth pursuit in the eyes while conducting the HGN test.

The 2nd clue is whether the police officer detected a distinct jerking of the eye. The officer will position the light as far to the right or left as possible and hold the light there for several moments to determine if there is a distinct jerking of the eye. The magic words for the 2nd clue that police officers often annotate on their reports is a “distinct and sustained nystagmus at maximum deviation”.

In many San Antonio DWI cases, there may be a mention of vertical nystagmus (VGN), which would entail an up and down jerking of the eyes as they look up as opposed to HGN , the left or right jerking. No reliable scientific data exists on vertical nystagmus, even though the NHSTA manual states onset of VGN is a reliable demonstration of high amounts of alcohol or drug intoxication. A Bexar County or Atascosa County DWI lawyer can move to suppress this type of junk science on VGN since it does not have scientific reliability.