The Texas Family Code recognizes two types of marriages : ceremonial and common law. Although Texas recognizes common law or informal marriage, there is a great deal of confusion about what constitutes a Texas common law marriage . The elements of an informal / common law marriage are that a man and woman (1) agreed to be married, (2) lived together in Texas as husband and wife after the agreement, and (3) in Texas represented to others that they were married. Tex. Fam.Code Ann. Section 2.401. All three elements must be in place at the same time for common law marriage to occur. 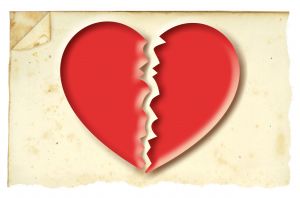 There are certain examples that would tend to support agreements to be married. For example, a couple may purchase property such as a home and refer to each other in legal documents as “husband” or “wife”. Each party may include the other in their health plan.

The second element is cohabitation or the act of living together as husband and wife after the agreement to be married. This element is usually easy to prove. However, if couples sleep in separate bedrooms and do not have sexual relations, then an argument can made that there was no cohabitation.

The final element of common law marriage is the acting of “holding out” to the public that the couple is married. Both parties must make representations to the public that they are married. For example, does the man refer to the woman as his wife in front of family and friends and vice-versa ? The element of representation means more than occasional references to each other as husband and wife. The couple’s reputation in the community must be as husband and wife.

Other evidence includes legal documents. For example, does either party designate their status on loan applications as being “single”? When the man or woman files tax returns, do they each file separate tax returns as single, under penalty of perjury ? The IRS does in fact consider common-law marriages to be valid. Does the couple possess joint bank accounts or credit cards? Positive responses to such questions would tend to support the third element of common law marriage.

Filing for common-law divorce requires proof that the parties were married in the first place. It is very common for one of the parties to deny that they were in a common law marriage. A strong San Antonio family law attorney is needed to flesh out the evidence to prove up any Bexar County divorce claim.