As a growing number of Texans buy guns from gun shops and flea markets, Texas and the nation as a whole are seeing a rise in gun accident injuries . Product liability design defects contribute to a large number of deaths and tragic injuries each year.

Many people are unaware that gun manufacturers often cut corners by failing to provide safeguards against design defects and / or failing to adhere to quality control procedures. For example, the trigger mechanisms on the gun are often placed on the tip of a part known as a sear. It only takes a slight tolerance change during manufacturing to create a gun that will discharge from a slight jar without any trigger movement. Often, Texans report the weapon continues to fire until all ammunition has been discharged from the gun. 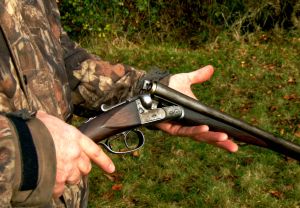 Another defect is demonstrated when someone drops the gun on its hammer (the hammer is cocked before firing). The drop of the weapon on its hammer will cause an uncocked hammer to move forward and cause the firing pin to strike the bullet casing , again causing a discharge of the weapon without a trigger pull.

Gun manufacturers are well aware of safeguards such as manufacturing the weapons with close tolerances and using a hammer block to prevent a gun firing without a trigger pull.

A recent phenomenon has been the use of SKS rifles which are now sold in the states. The SKS rifles were made in China for the benefit of the Russian and Chinese armies. The Chinese government recovered such weapons, and in doing so, it often switched out parts that had worn down or were not functioning. These altered weapons made their way into the United States and were sold as new weapons. Unfortunately, because the parts of the SKS rifles were built to certain specifications and were not interchangeable in tolerances, such SKS rifles are extremely prone to fire when jarred with no trigger pull. When jarred, these SKS rifles will discharge like a machine gun until all the bullets have been exhausted.

If you have been the victim of a gun accident, there is a strong possibility the discharge was a result of a design defect and you should contact a San Antonio and greater Texas product liability lawyer immediately.