If the seller has properly demonstrated the presumption, then it is up to the Texas personal injury lawyer to demonstrate that the standard / regulation was not strong enough to safeguard the public from unreasonable risk of injury or damage. The other option is to prove that the manufacturer, either before or after he commenced marketing the product, kept information or misrepresented information to the federal government. Such withholding or misrepresentation of information would have altered the federal government’s creation of a proper safety standard.

In almost every Texas products liability case, the defense attorney premises his defense on his client’s compliance with government standards. Counsel will claim that ultimately the government gave the seller a de facto seal of approval. In response, the Texas personal injury lawyer will counter that the federal government’s standard has always been a minimum floor and is often outdated and incapable of creating safety. 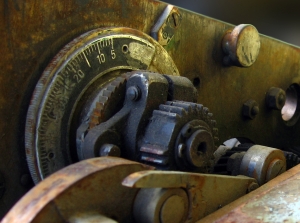 CPRC 82.008(c) also creates a presumption of no liability if the formulation, labeling, and design of the products had to acquire a pre-market licensing or approval from the federal government. Provided the federal government gave pre-market licensing / approval of the product’s design, risks, and benefits, then there would be a presumption of no liability.

A Texas serious personal injury attorney would attack this presumption by demonstrating that the standards of pre-market licensing could not have protected society from unreasonable risk of serious personal injury. Another option is to show the manufacturer withheld information from the government that was material to the product’s performance and caused the plaintiff’s injury. Withholding information must be relevant to the product’s performance and causally related so that you may be successful in a Texas product liability lawsuit.