Imagine you are driving on a nice sunny day in the heart of Texas, and your vehicle is suddenly impacted from the side by another vehicle moving at an extremely high rate of speed. After the initial shock wears off and you initially deal with the inevitable injuries of such a terrible accident, you come to find out that the police were chasing the person who collided with your vehicle.

The ultimate question in such a situation is as follows: Is the police officer or the Texas county municipality responsible for his conduct liable for a Texas wrongful death or personal injury caused by a vehicle being pursued by the police ?

The answer is … it depends. For example, in Draper vs. Los Angeles, the court ruled that while the police pursuit may have contributed to the reckless driving of a fleeing individual, the officers did not have a duty to allow him to escape. In addition, the court ruled that there was no requirement on the part of officers to warn other drivers to keep out of the way, and there was no evidence that the police were trying to force the fleeing individual to the curb.

In Pagels vs. San Francisco, the court ruled that the police had a duty to operate their vehicles with due care, and it made no difference whether the pursuit was close or near at the time of the collision with the other vehicle.

In contrast, in Myers vs. Town of Harrison, the widow of a taxi driver who was killed by a fleeing driver chased by the police, filed suit on behalf of her husband’s estate. The pursued vehicle driver had been in a minor accident just prior to the chase. The court ruled that evidence of wet weather and road conditions over the course of the route of pursuit and the incredibly high speeds involved backed up the claim that that the police acted negligently. It did not matter that the police later determined after the accident that the vehicle had been stolen. 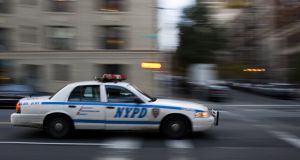 There are certain elements that go into a determination of whether a police pursuit is negligent where the fleeing driver’s reckless driving causes a San Antonio auto or truck accident .

– How long was the length of the high-speed chase?
– What were the road conditions?
– What was the time of day of pursuit?
– Was the driver of the pursued car driving in a reckless manner and endangering the public before the police began to chase him, creating a situation where the police had to act to protect the public safety?
– What was the proximity of the nearest police vehicle in pursuit just prior to the collision?
– What were the speeds of the vehicles involved in the pursuit?
– Was the police officer negligent in his conduct of the stop and pursuit? (Example: the officer allows the suspect to leave the car ajar and engine running at the time of the stop and left him unrestrained, allowing him to escape.)
– Did the police flash and sound their sirens during the course of the pursuit so as to alert innocent drivers / pedestrians?
– Did the police violate their own department’s pursuit policy?

The ultimate question in which these factors play a role in answering is whether the police should have abandoned the chase out of consideration of safety to the public.

In our next blog, we will discuss some additional cases in which the police and the governing municipality were in fact found negligent for an accident caused by a fleeing driver during a police chase.

A negligent police chase in San Antonio and greater Texas can occur whether the police impacted your vehicle or acted negligently so as to indirectly cause another driver to injure you. Whether you have been affected in a personal injury car accident or a San Antonio wrongful death trucking accident, contact a San Antonio personal injury lawyer without delay.