Property acquired during marriage is classified as community property. There are several exceptions to this general rule such as when the property is bequeathed as a gift or inheritance. Property whose inception of title occurred after the end of marriage is not part of the marital estate. Sometimes property is acquired in another state and would be considered community property. The court also has special rules for property acquired in another state that would be considered separate property. 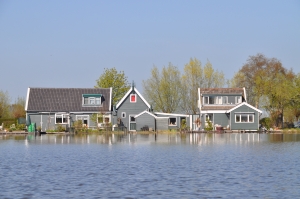 Any property in the possession of a spouse during the dissolution of the marriage is assumed to be community property unless a spouse can show otherwise through clear and convincing evidence. A judge and jury often make decisions as to how property shall be characterized. There are certain situation where due to commingling , it becomes impossible to determine the nature of the marital property, and in such cases, the property is treated as community property. A sale of separate property does not change its inherent nature. Nor does a natural increase or decrease in value change the nature of the property.

A San Antonio divorce lawyer must be well versed in how to characterize martial property as the characterization will greatly influence the division of the marital estate.