In our latest blog entry we discussed the liability of owners for family members who negligently drive their vehicles. Today, we discuss a theory of liability that is often not employed by law firms, but can still be extremely effective. The concept of negligent entrustment revolves around an owner’s responsibility to provide the car to someone who cannot foreseeably use the vehicle to harm others. If the owner knows or should know that the proposed driver cannot drive or does not have the skills to drive, then the owner can be held liable. This liability is especially true of the driver is reckless in how they drive. To make this theory of liability work, it must be proven that the owner had some constructive or actual knowledge of the driver’s inability to drive safely. Specifically, the owner knows or should have known of prior acts of reckless driving behavior. This concept of negligent entrustment is especially applicable in commercial trucking injuries, where the parent company is aware of a history of numerous accidents or positive drug tests that make them aware of the high likelihood of negligence on the part of the driver. Baseluos Law Firm will work to show that client injuries were caused by negligent entrustment to a driver who lacks skill or is incompetent or reckless. 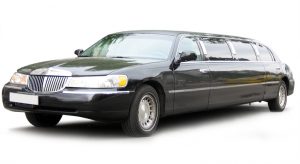 Negligent entrustment is especially applicable in the case of a rental agency which rents vehicles to an unlicensed or drunk driver. However, if the person renting the vehicle did not exhibit any tell tale signs of recklessness or incompetence or some disability that would impair them, it is more difficult to impute liability to a car rental agency. It should also be noted that if the owner is an employer or has already admitted liability for the driver, then a theory of negligent entrustment is not necessary.

At times, if there is adequate insurance coverage on the driver, then it may not be necessary to involve the driver. However, in many cases, there is no insurance coverage or level of injuries far exceed the level of coverage and therefore the attorney must try to bring in the owner on a negligent entrustment theory. As a matter of trial tactics, a sympathetic negligent driver can also hurt a case for damages, and it is necessary to bring the owner or employer into the case, especially if there is a case for liability.

While not common, there are situations where a passenger can be held liable for the negligent acts of a driver. Some specific examples include direct acts that interfere with the driver, or providing intoxicants and permitting that person to drive. To hold a passenger jointly liable for injuries, Baseluos Law Firm will examine whether the passenger committed such acts as pressing on the brake or accelerator, preventing the driver from applying the brake or accelerator, grabbing the steering wheel; hindering the driver’s view; pushing or aggressively fighting with the driver, and other various acts.

Trying to fix liability on a passenger who provides alcohol or drugs to the driver generally requires proof of some additional act besides giving alcohol. The theory of negligent entrustment in such cases becomes stronger when the passenger is also the owner.

Negligent entrustment theory also can apply in certain situations where the passenger has some sort of authority over the driver’s actions. A common scenario is the limousine driver and the owner-passenger or the passenger that hires the driver. Other scenarios include a driving school instructor passenger and the student driver.

The objective of negligent entrustment is to provide another tool to hold persons outside the driver negligent under the law in the various greater San Antonio auto accidents that occur daily.