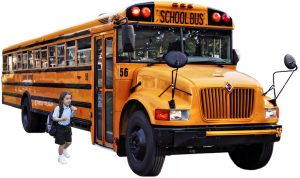 In our prior post on driver liability in San Antonio auto accidents, we discussed the theory of negligence and how it applied in some of the common auto accidents we see in San Antonio and Texas. Today, we would like to discuss how violations of traffic laws tie into proving negligence on the part of another driver and pedestrian injuries at the hands of negligent drivers.

There are times when a driver’s violation of traffic laws rises to liability. These are quite frankly the best cases especially if the driver is cited by local or county police on the scene. If the driver pleads guilty and pays a fine, such evidence can be used to demonstrate negligence. Baseluos Law Firm will often contact the local district attorney and county clerk to determine the status of a ticket. If necessary, certified records of the driver’s plea in criminal traffic court can be used at a civil trial to prove negligence.

In many jurisdictions in Texas, the ‘rules of the road’ represent commonly accepted standards of driving, which when violated, can provide the basis for establishing liability in court. The other driver, passenger, or pedestrian who is injured is most often a member of the group of people the traffic laws are designed to protect. To prove liability, it must be shown at trial that the violation of the traffic regulation caused the injury. Juries will receive what is known as a ‘statutory charge’ outlining the presumption of the violation of the law and automatic liability.

In San Antonio and Texas, there is a concept in law known as ‘negligence per se’ in which violation of a traffic statute automatically constitutes negligence. A classic example is the rear end accident which assumes driver inattention. The defendant in these cases must then show there was some factor beyond their control which caused the violation. Classic examples include unforeseen equipment failure or some unpredictable driving action that caused loss of control (example – evasive action to avoid a vehicle that crosses into oncoming traffic). Baseluos Law Firm is very familiar with these types of defenses and will fight these defenses especially if a driver reacted to conditions that were foreseeable. The key term of foreseeability stops a lot of vehicle impact defenses in their tracks because juries have little sympathy for drivers whose lack of planning or anticipation severely hurts people. 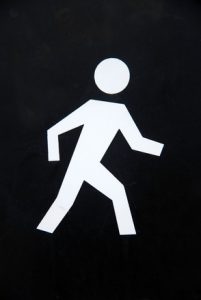 More often than not, we see many pedestrian injuries from careless drivers. A motor vehicle driver owes a duty to pedestrians moving along a highway or street to exercise reasonable care to avoid injury and ensure safety. This requires drivers to anticipate the presences of people along a highway or street. At the same time, pedestrians must be on the lookout for vehicles, but unless the pedestrian is in the middle of the road, drivers have a greater duty.

The driver generally has right of way over pedestrians crossing outside a marked crosswalk or intersection, but even having the right of way does not absolve the driver from using reasonable care. In contrast, even though pedestrians have a right of way at intersections and marked crosswalks, they still have a duty to exercise reasonable care. Children especially present a special case – drivers are expected to assume children will act well like children. A motorist driving in San Antonio especially in school zones has to anticipate that a child may suddenly run out in front of an oncoming vehicle.

Baseluos Law Firm can assist child victims of driver negligence especially when the accident occurs near a school or playground, near a school bus, or on a street where kids frequently play. Injured children in San Antonio car accidents are especially heartbreaking and require aggressive litigation.

A word should be mentioned about Texas guest statutes. A ‘guest’ is a person who accepts transportation services of an owner or operator of a vehicle without giving any benefit such as money in return for the service. In Texas, there is a prohibition against obtaining compensation against the the driver of a vehicle if the passenger of a vehicle is closely related to the driver. For example, a child generally cannot sue a parent or grandparent who negligence causes injury to the child. There is an exception however if the accident was intentional or done with reckless disregard for the safety of others. Guest statutes were originally enacted to prevent fraud between guests and operators of vehicles to defraud liability insurers.