In the late 1990s, the Texas Supreme Court indicated that the substance of an expert’s testimony must be considered, specifically the data the expert relies on to form his/her opinion. If the foundational data upon which the expert bases his opinion is unreliable, then the expert’s opinion will be considered unreliable.

To illustrate, if a disease naturally occurs in 6 out of 1000 people when they are not exposed to a certain drug or substance, then a study would have to show that more than 12 out of 1000 exposed to the drug or substance would suffer the disease. Another option is that the epidemiological study must show significant results at a 95% confidence level.

The Supreme Court detailed additional criteria known as the Bradford-Hill criteria before the court can draw any conclusion about causation on the basis of studies. On top of that, the plaintiff must demonstrate he or she is similar to the study members, including proof of exposure to the same substance, a dose level similar to the persons injured in the study, that the exposure occurred before the injury onset, and that the timing of the onset of injury is similar to the study members. The classic example is epidemiological studies for Texas benzene exposure cases and leukemia onset, which can be as long as 30 years after the exposure. The type of injury suffered by the plaintiff must obviously be the same as the study that shows the statistically significant risk. 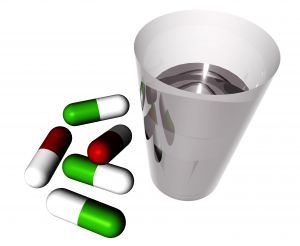 The bottom line is that in San Antonio personal injury cases , it is critical the expert has the qualifications and credentials to give testimony to overcome a motion for dismissal. Moreover, the expert’s knowledge, skill, experience, training, and education must be in line with the specific case and causation questions.