In the majority of DWI cases in San Antonio, the Bexar County District Attorney usually has a video demonstrating the alleged offender performing a series of field sobriety tests with a breathalyzer score over the legal limit of .08.

Given these elements, you may feel that a San Antonio DWI lawyer has very little chance of obtaining acquittal. This blog entry will cover some aspects of how a DWI defense attorney can reveal the shortcomings of both the Standard Field Sobriety Tests (SFSTs) and readings from the Intoxilyzer-5000 breathalyzer.

Officers in the San Antonio Police Department receive their training on how to conduct DWI arrests from the National Highway Traffic Safety Administration (NHTSA)manual. This manual lists several important standards that must be met in order for officer to properly detect intoxicated drivers and properly conduct the SFSTs.

Many times, a Bexar County DWI lawyer will know the NHTSA manual better than the arresting officer, and the attorney can exploit the officer’s lack of knowledge concerning proper administration of SFSTs.

There are three (3) specific phases of the DWI stop. The first phase occurs when the vehicle is in motion. The NHSTA manual lists twenty-four (24) visual cues of impairment. Yet many of these cues can be due to simple explanations like talking on a cell phone or changing out a CD from the stereo. These innocent explanations can explain why a car could be seen drifting. It is important to note that one of the 24 cues for drunken impairment is not speeding. On cross-examination, the officer will admit that a stop for speeding does not justify a DWI stop.

The second phase of the DWI stop is personal contact with the driver, where the officer can employ senses of sight, hearing, and smell. Read any DWI arrest report, and you will see some common trends. Invariably, the officer always states that he saw the driver with blood shot eyes ; he heard the driver slur his speech and state he drank a specific number of drinks; and the officer smelled alcohol on the driver’s breath or an odor of marijuana coming from the vehicle. 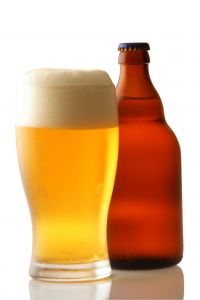 The video often demonstrates the officer asking the driver to exit the vehicle, but not before the “pre-exit” interview. During this phase of the officer’s investigation, the officer engages the driver in a concept known as “divided attention”. That is, the officer will request the driver to do multiple things at once, such as showing both the license and registration. The objective of the “divided attention” test is to determine if the person has issues concentrating on two or more things simultaneously, which may be a sign of impairment. Another common “divided attention” tactic is to ask the alleged suspect distracting questions such as where they were driving as the person searches for the license and registration.

A San Antonio DWI attorney will effectively be able to argue to a jury that any person, whether or not they are intoxicated, will stop searching for a license / registration when a police officer interrupts them or the person may stop searching when the officer asks another question. These are natural tendencies and do not signify a person is intoxicated.