In our last blog entry on phases of the Texas DWI Stop , we discussed Phase 1 (Vehicle in Motion) and Phase 2 (Personal Contact). When we left off, we discussed how a police officer will try to divide the attention of driver by asking distracting questions to see if the driver can handle “divided attention” tasks.

Another tactic which is not used by the San Antonio Police that much is to ask unusual questions. These are not standard tests – for example, a police officer might ask the driver to recite the alphabet from “F” to “Q” instead of the normal ABCs. Another unusual question is counting backwards from 79 to 60. The bottom line is than any jury member, when given such questions, whether or not they are intoxicated , would tend to get confused.

The “unusual question” test is not a Standard Field Sobriety Test (SFST) and a San Antonio DWI defense lawyer will use trial motions to have the court exclude such test. If these tests are not excluded, the officer will still be forced to admit under the National Highway Traffic Safety Administration (NHTSA) Manual, an inability to perform or answer such unusual tests / questions does not constitute probable cause for intoxication. 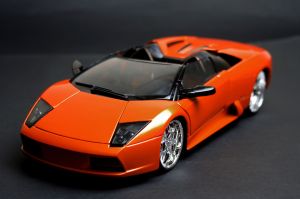 The next aspect of Phase 2 is the driver’s exit from the vehicle. How the driver exits will give the officer certain cues as to intoxication that are usually captured on video and become part of the police report. If a driver literally has to crawl out of his vehicle or leans noticeably against his car once he exits, then such behavior become intoxication clues. However, if the vehicle itself is a mini sports coup, then climbing out of a vehicle is not necessarily a sign of intoxication. Propping up one’s back against a vehicle may also be considered a normal thing to do. There have been instances where the DWI video will actually show an assistant police officer using his arms against the vehicle to support himself while the driver is being questioned.

In our next blog entry, we will cover Standardized Field Sobriety Tests (SFSTs) in which officers test a driver’s balance and coordination as well as their ability to comprehend and execute verbal and physical instructions. If you have been charged with a DWI, contact a San Antonio DWI Defense attorney without delay to protect your rights and preserve key evidence.