In one case, a patient fell from a hospital bed and alleged several acts of negligence. After initially being dismissed for failure to file a timely medical report, the Texas Supreme Court reversed and held that the claim that the claim the bed had been negligently installed was not considered a health care liability claim. Nursing home negligence cases require extensive and aggressive litigation.

In another case, plaintiff’s daughter was sexually assaulted by a nurse’s aide, and the plaintiff sued two nursing homes for failure to file misconduct reports as required under the law. The plaintiff claimed the two (2) year statute of limitations for reporting medical malpractice was tolled on account of the daughter’s mental incapacity. The Appellate Court held that the failure to report misconduct was a health care liability claim and the tolling of the statute of limitations was inapplicable.

As you can see by these two cases, there are two (2) critical aspects to a medical malpractice case in Texas : the two year statute of limitations and the necessity of an expert report within 120 days of filing suit. 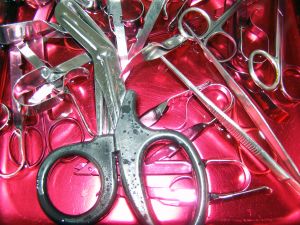 In a case involving Baylor Medical Center, plaintiff alleged medical malpractice when the emergency doctors failed to discover a cerebral hemorrhage which led to permanent brain damage. The Court accepted the report filed by the plaintiff’s expert as to causation and indicated the report did not have to eliminate every possible cause of injury. In another case involving Baylor College of Medicine, plaintiff sustained injuries during a knee surgery and sued for medical malpractice. The court accepted the expert report of the orthopedic surgeon as to causation.