In San Antonio and greater Texas, there have been several key personal injury cases in the area of premises liability in 2009.

In one case, a guest at a condominium severed his finger while sitting in a pool-side chair. The court held there was no evidence that the condo association had actual or constructive knowledge of the broken weld in the chair. A San Antonio personal injury attorney can aggressively pursue evidence of constructive or actual knowledge in premises liability cases.

In a case against the City of San Antonio alleging benzene exposure from a nearby closed municipal landfill, the Texas Supreme Court found there was no expert evidence as to the level of benzene in the plaintiff’s daughter. There were also questions concerning the association between the mother’s exposure to benzene and the daughter’s leukemia in utero. Oftentimes, benzene lawsuits in Texas hinge on the quality and strength of expert opinions on causation.

In another case, a contractor sued for personal injuries against the San Antonio property owner
when he fell through the roof while trying to repair an air conditioning unit. The court denied the property owner’s motion for summary judgment, because the plaintiff’s claim arose from the condition of the roof, not the air conditioner. 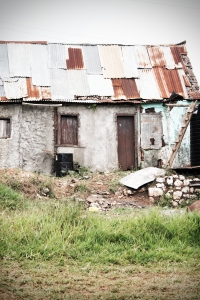 In another case out of Corpus Christi, the estate and family of a deceased inmate brought a Texas wrongful death action against a private correctional facility after the inmate was murdered by two inmates. Allegedly, the prison guards did nothing to stop the attack and the prison wardens laughed. $47.5 million was awarded in actual and punitive damages. The court held there was sufficient evidence to show negligence, and it supported the trial court’s spoliation instruction concerning the destruction of the prison’s surveillance tapes.