In our last blog entry, we began our discussion on effective San Antonio and greater Bexar County DWI defense strategy of the Walk and Turn (WAT).

Normally, even the most sober of drivers will utilize their arms to maintain a semblance of balance when standing with one foot in front of the other , heel to toe, while turning to listen to an officer? It is not a normal starting position, and most officers will reply it is unusual and that some use of the arms is usually necessary to maintain balance.

On the video, based on NHTSA guidelines, an officer will only do 3-4 steps and they usually reply that they are only trained to show three to four steps. Immediately, you can perk up the jury’s attention by pointing out that the officer did not perform the entire test as he had demanded of the driver on the date of arrest. 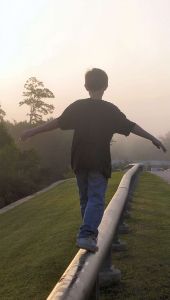 According to the NHSTA manual, there are a total of eight (8) clues as to proper performance on the WAT. In reality, however, the WAT in essence consists of eighteen (18) steps – 9 one way, the turn around, and 9 steps back. That is well over 25 tasks the driver must perform correctly to pass – it not simply 8 clues. If a driver performs a mistake in stepping only 2x, he has still performed over 90% of the tasks correctly, which is excellent on a test people normally do for the first time in their life when they are asked to perform them on a Jourdanton DWI stop.

The NHSTA Manual makes the bold prediction that failures on field sobriety tests equate to a Blood Alcohol Level of greater than .10. There is absolutely no scientific foundation for such a claim. Many prosecutors will try to sneak it in by asking the officer to comment based on his experience what the Blood Alcohol Level of a person failing the tests would approximate. Regardless of experience, an officer is simply not qualified to comment, and the lack of scientific basis underscores that inability to estimate.

Never submit to a Field Sobriety Test. If you have been charged with a Texas DWI, contact a San Marcos TX DWI attorney immediately to learn the best defense.