There have been several San Antonio nursing home personal injuries which merit comment.

The executrix of the estate of a San Antonio nursing home resident sued 2 doctors and the nursing home for medical malpractice. The alleged victim was a 72 year old woman who developed a staph infection and sepsis after her back surgery. The appellate division dismissed the case on the basis of an inadequate expert report. The Court specifically cited failure to link the nursing home’s failure to tell the physicians of drainage issues with the woman’s subsequent death from sepsis.

In a Texas pharmaceutical drug injury and medical malpractice case, a woman sued Eli Lilly claiming that the company’s drug warnings were so defective as to contribute to his suicide. Texas law is instructive on this point. The plaintiff has to prove that the doctor would have changed their decision to prescribe a particular drug if the doctor was aware of an alternative drug warning. It is the pharmaceutical company’s duty to warn the doctors (known as learned intermediaries) as opposed to direct warnings to the consumers. Ultimately, doctors are aware of the risks of the drug and can make the consumer patient aware of those risks. The 5th Circuit did indicate that the read and heed presumption (i.e. the patient will follow a warning if one is given) was not applicable to failure to warn product liability cases against pharmaceutical companies involving a learned intermediary. Ultimately, the plaintiff failed to prove causation because he did not adequately show the doctor would have changed his mind given an alternative warning. 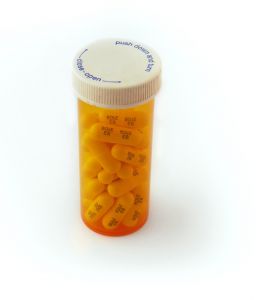 In a Fort Worth Texas medical malpractice case a family sued an EMT doctor when the biopsy by the physician allegedly struck the husband’s skull and affected his central nervous system. The court held that the suit against the hospital for the physician’s malpractice did not survive because there was no evidence of an employment relationship , agency relationship or actual control over the EMT doctor by the hospital.