In San Antonio and greater Texas, under the Texas Business and Commerce Code, the courts will not enforce a contract for the sale of real estate unless such an agreement is in writing and signed by the parties to the agreement or their agents. Tex. Bus.& Com. Code § 26.01. Such a requirement is an essential legal concept known as the Statute of Frauds, which requires certain agreements such as those for the sale of land to be in writing.

In order for the courts to enforce specific provisions of a real estate contract for sale, the written agreement must be such that the terms are expressed with a reasonable certainty. Also, the courts will require that the party demanding the contract be enforced show that it in fact has complied with all his or her obligations under the contract.

Sometimes, a party will claim fraud on an oral contract for sale of real estate. The courts however reject this legal theory on the basis that the alleged contract was inherently unenforceable under the statute of frauds. 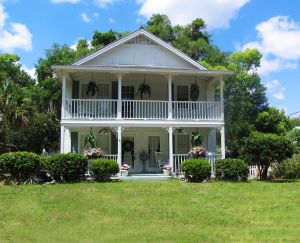 The statute of limitations for an action for quantum meruit is four (4) years. The time when the clock starts ticking for bringing suit hinges on whether the work performed had a definite stopping point, or whether the work was an ongoing arrangement with an undefined stopping point. For ongoing work, the statute of limitations begins when the services were performed (daily, weekly, or monthly).