With greater oversight from the Occupational Safety and Health Administration (OSHA) , you would expect benzene exposure injuries in Texas to be a thing of the past. But unfortunately, in 2007 alone, more than 200,000 Americans were exposed to some type of benzene in the workplace. A range of blood cancers, including anemia and leukemia, result often from exposure to benzene thirty (30) years prior. 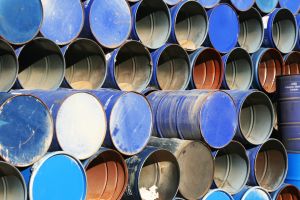 Benzene is a colorless, sweet smelling and flammable chemical that was once used as a solvent, but today is primarily found in motor fuels, plastics, rubber, and gasoline. Typically, refinery workers, leather workers, aircraft and auto mechanics, petrochemical workers, and people in industries using solvents and printers are among the classes of workers exposed to the most benzene usually via inhalation or skin exposure.

Recently, the National Cancer Institute , has determined an increase in leukemia in those exposed to as little as 10 parts per million (ppm) of benzene. The National Toxicology Program (NTP) , has classified benzene as a “known carcinogen”. The International Agency for Research on Cancer (IARC) , rates benzene as being the most carcinogenic.

If you have developed a blood cancer such as leukemia, you should evaluate your work history to determine benzene exposure as early as 35-40 years prior to your diagnosis. A Texas benzene exposure attorney , will look to determine if the benzene manufacturer and/or supplier can be identified. If there are multiple exposures to benzene from many different sources, an attorney will use experts including toxicologists, epidemiologists, and industrial hygienists. The litigation can be complex, time-consuming, and expensive, but a Texas product liability attorney , will guide you to helping you recover in cases of serious injury.