To illustrate, in the Milo matter, the patient underwent a hernia operation. Soon thereafter, he began to complain greatly of pain. It turned out that the surgeon’s sutures had rotted, leading to sepsis and shock. Milo was placed on a respirator. A different doctor tried to take Milo off the respirator and after several attempts, Milo went into sudden cardiac and respiratory arrest, causing brain damage and her death 4 months later. The ultimate question before the court was whether Milo would have survived if the other doctor had not tried to take her off the respirator. The plaintiff’s expert testified that before the debacle with the respirator, Milo only had a 40% chance of surviving her pre-existing condition with the sutures. Because the negligence dealing with the respirator reduced the plaintiff’s already less than even chance of survival, the Texas Supreme Court barred recovery for the respirator negligence as a matter of law.

In Rodriguez, parents of a baby brought a Texas medical malpractice claim for failure to give the mother antibiotics to the mother and infant, resulting in the baby’s death. The defendants argued that the plaintiffs failed to provide an expert who testified that an earlier provision of the antibiotic would have saved the infant. The court barred recovery because the experts could not testify that the baby’s chance of survival would have been greater than 50% had he been administered the antibiotics. 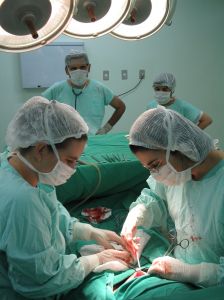 In Hawley, plaintiff sued a hospital for failure to timely inform her of a colon cancer diagnosis known as “Duke’s C” cancer. By the time she learned of the diagnosis a year later, she had developed an inoperable liver tumor. The defendant doctors and hospital argued that there was no evidence to prove that Hawley had a greater than 50% chance of survival with a Duke’s C diagnosis. However, Hawley’s medical providers indicated that with a Duke’s C diagnosis, she had a 60-65% chance for survival as opposed to a Duke’s D diagnosis in which she had a 0-30% chance of survival. The jury’s verdict in favor of the plaintiff was upheld.

If you have been a victim of misdiagnosis or medical negligence that has caused a Texas wrongful death or personal injury, contact a wrongful death San Antonio and greater Texas lawyer today!