As an update to our last blog post, several important Texas medical malpractice cases
have emerged that can affect residents of San Antonio and greater Texas.

In Dallas, a patient suffered severe and permanent brain damage in Texas when Baylor medical center’s emergency care center did not allegedly detect a cerebral hemorrhage in the patient. The patient’s medical expert discussed the standards of emergency care specifically with respect to a physician assistant (PA) and his report met the statutory elements of causation.

In another case involving a birth injury, a mother sued on behalf of her son when he suffered severe impairment and disfigurement at birth. The personal injury lawsuit alleged that the doctor failed to perform a caesarian section. However, statutorily, the mother failed to serve the offending doctor within the 120 day period. This is a major lesson in San Antonio medical malpractice cases – you must serve your expert report of medical malpractice and negligence within the 120 day period. 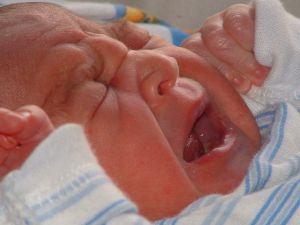 In another medical negligence case arising in Corpus Christi, a woman’s legs were burned and scarred when a nurse allegedly committed medical negligence with a laser. The patient also sued the doctor, claiming vicarious liability for the nurse’s negligence. The court did not consider the suit a health care liability claim per se, although it did classify the laser as a regulated medical device, which can represent a form of San Antonio product liability negligence .

Finally, in another Dallas claim, the Court ruled that claims against a plastic surgeon and the plastic surgery company after a negligent face lift procedure was considered to be a health care liability claim and not a claim under the Texas Deceptive Trade Practices Act (DTPA)
. The plaintiff had to satisfy the expert report requirement for medical malpractice claims. Causation and damages were an essential part of the claims and the finding of negligence against the plastic surgery company was dependent on a medical malpractice finding as to the surgeon.

If you have been a victim of medical malpractice or suffered injury from a medical device or pharmaceutical drug, contact a San Antonio and greater Texas personal injury attorney immediately.