Do you remember the OJ Simpson criminal and civil trials of the 1990s? In that case, in June 1994, Nicole Simpson and Ronald Goldman were found stabbed to death. Criminal charges were filed shortly thereafter against OJ Simpson for murder. What people fail to remember is that in May 1995, a wrongful death civil lawsuit was filed against OJ Simpson on behalf of the Goldmans. However, the civil suit trial did not commence until after the criminal trial ended in the acquittal of Simpson in October 1995. The civil trial commenced in October 1996 and resulted in a jury finding of liability against Simpson with compensatory damages of $8.5 million.

The law allows a Texas civil action for assault by infliction of bodily injury if the defendant acted intentionally, knowingly, or recklessly; made contact with the plaintiff; and caused bodily injury to the plaintiff. The action of personal injury assault can also be brought against the employer if the assault was committed by the employee within the course and scope of his employment. This type of situation is known as vicarious liability under the doctrine of respondeat superior. A defendant can also be held liable for assault under the theory of participatory liability if the defendant aided and abetted another to commit the assault or participated in a conspiracy to commit the assault. 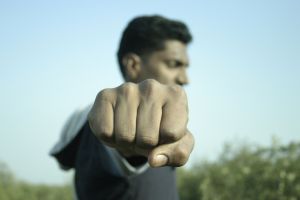 The type of contact needed to prove assault can be direct or indirect. Indirect contact examples can be a police officer who crashes his patrol car into the plaintiff’s car or a defendant who shoots a plaintiff with a gun.

To prove injury, a San Antonio personal injury lawyer must demonstrate the plaintiff suffered some pain, illness, or impairment due to the contact per Texas Penal Code Section 1.07(a)(8). The type of contact must be greater than mere offensive touching.

There is a 2 year statute of limitations in Texas civil assault claims regardless of whether there is an ongoing criminal investigation / trial. The statute of limitations for sexual assault is 5 years. The clock begins running when the assault occurs. There are various defenses to a claim for assault damages, including consent to the defendant’s conduct and self defense provided the use of deadly force is used to defend against unlawful deadly force. The defendant does not have a duty to retreat if he had a right to be at the location, did not provoke the plaintiff, and was not engaged in criminal activity. A defendant can assert the defense of justified force to protect a third party or protect his property.