In our last blog entry on Texas police chase personal injury accidents , we focused on some of the factors that would point to a finding of negligence on the part of police officers who did not abandon the chase of a suspect in consideration of public safety.

There have been several cases throughout the country that have given some clues as to how the courts interpret police behavior, especially when it is the suspect and not the police themselves who directly causes a collision. In a case in Sacramento CA, the court found that there was some evidence to suggest that the officers had created a dangerous situation in their pursuit of the suspect. For example, the police failed to turn their red lights on and the injured plaintiff indicated that he never heard any police sirens despite the fact that he had his windows rolled down and the radio was off. 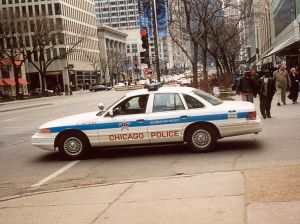 In an action against the city of Pasadena CA, the court ruled that under the circumstances, there was enough evidence to bring a cause of action for wrongful death against the city. In that case, the officers pursued a suspect solely for a traffic infraction on city streets in excess of 100 miles per hour.

In another case against the city in Compton CA, officers stopped a motorist without identifying themselves as law enforcement and began brandishing guns, causing the motorist to flee in panic and collide with the plaintiff’s vehicle.

In a Connecticut case, contrary to their pursuit policy, the police chased a suspect at high speeds the wrong way down a one-way street causing the pursued vehicle to strike the plaintiff’s vehicle.

In some cases, the question becomes whether the driver of the pursued car was driving in a reckless manner and endangering the public before the police began to chase him. In such a situation, the failure of the police to engage in a chase would have presented a substantial threat to public safety. The other question is whether the pursuit in itself was exceptionally hazardous under the circumstances. A chase in a rural area with no businesses or residences where the police are traveling only 5-15 miles per hour over the speed limit would not fit under the category of exceptionally hazardous. In a case against the City of New Orleans, the court ruled that driving over the speed limit in the pursuit of a suspect was not considered negligence per se (i.e. automatically negligence).

However, in a case against the city of West MS, the court ruled that officers chasing a suspect through residential neighborhoods at speeds in excess of 80 to 100 miles per hour and where a plaintiff’s residence was damaged by the suspect’s out of control vehicle was enough to state a cause of action against the city.

In an upstate NY case, the key question for the court was whether officers acted in reckless disregard for the safety of others. Some key questions are how far police officers were from the fleeing suspects; the conditions of traffic (heavy or light); whether police tried to overtake the suspect’s vehicle or force it from the roadway; and how close the police were from the collision and the speed of the officers at the time.

Another key question is whether the city / municipality had properly trained its police force as to high-speed police pursuit and the alternative use of warrant arrest procedure.