Today, it is rare to hear of restaurants hurling racial epithets against customers, but it can still happen in Texas. Recently , an African American woman brought a public accommodations claim against a store owner who hurled a racial epithet against her. Under Texas anti-discrimination laws, the woman filed suit for infliction of emotional distress, harassment, and violation of public accommodation laws.

What may you ask is a public accommodation ? The list is exhaustive. What is not a public accommodation is often limited to institutions affiliated with a religion such as a church or school such as a parochial schools. Texas laws give such places more leeway so for example, a Catholic parochial school in San Antonio can deny admission on the base of religion, whereas a public school cannot discriminate. Restaurants cannot discriminate.

A public accommodation claim can succeed regardless of whether or not they were denied use. To illustrate, a Texas nursing home recently went to trial over a comment the owner made about an incoming resident who had a disability. The owner had made a comment to the guest’s mother to the effect of “I don’t want those kind of people here.” The resident never heard what was said, but she later learned of the comment and wished to leave the facility early. She never returned again. In this case the court found the owner’s remark could constitute unlawful discrimination under Texas laws against discrimination even if there was not a formal denial. 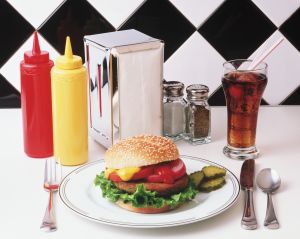 It is unquestionably a violation of Texas anti-discrimination laws for the owner or operator of a public accommodation to tell a person, either directly or indirectly, that his or her patronage is not welcome because of a trait or condition which Texas laws protect from discriminatory action, even though use of the facility on the particular occasion is not denied.

The question is whether the owner or operator acted with actual or apparent design to discourage present or future use of the public accommodation by the plaintiff on account of his or her protected status. Protected status can include race, creed, national origin, age, sex, or physical or mental handicap.

Do not be a victim! It never hurts to consult with a Texas licensed attorney regarding discrimination in a public accommodation. If you do not act, then who will?