In Texas, tire failures can result in severe injury or death. Many drivers in San Antonio can avoid catastrophe by following the tire manufacturer’s instructions and conducting proper maintenance. However, in some cases, manufacturing and design defects are behind a number of incidents of sudden loss of control resulting in vehicle rollover or crash. The tire and the rim can separate creating a deadly projectile, commonly known as “widow makers”, seriously injuring or killing pedestrians and drivers. 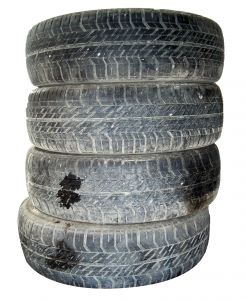 In the late 1990s a series of crashes involving Firestone tires on Ford Explorers raised public awareness of tread separations and rollovers. The tire tread and belt separates from the remaining belts of the tire causing the vehicle to become unstable and difficult to control.

A Texas product liability attorney can explore design and manufacturing defects resulting in tread separation failures. Lawsuits on design defects can focus on claims that the tire failed to contain protective measures such as belt-edge strips. Manufacturing defects claims focus on deficiencies in the manufacturing process, improper construction, poor quality control, or contamination.

A Texas personal injury attorney will have the know how to spend the time and money to properly evaluate tire defect injuries. A former tire company employee with experience in tire failure analysis is usually used to determine the true cause of failure. Know your rights and do not hesitate to protect them.