Baseluos Law Firm is currently engaged in the representation of multiple women throughout the United States who have suffered from alopecia caused from cancer treatment. The primary defendant is Sanofi Aventis, who is suspected to have known for the last two (2) decades that its chemotherapy product taxotere caused permanent hair loss in breast cancer victims. In fact, a former employee of Sanofi Aventis filed a qui tam lawsuit against the company in 2015. A qui tam lawsuit is a type of civil suit in which company whistleblowers bring cases under the False Claims Act. The whistleblower in the Sanofi Aventis case assists the government in stopping fraud by Sanofi Aventis, by exposing the company’s illegal marketing tactics and illegal bribes to physicians to push taxotere. 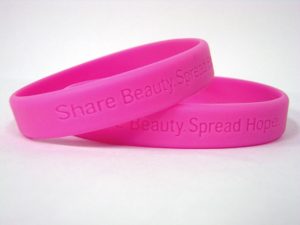 Specifically, beginning in 1996, Sanofi and its affiliated companies / subsidiaries promoted a marketing scheme designed to push off-label uses for taxotere that were never formally approved by the FDA. An off label use refers to medication that is being utilized outside the approved uses on the FDA approved label. Specifically, Sanofi is alleged to have instructed their employees to lie about the safety and efficacy of Taxotere, so that the market for taxotere would expand into the off label market. Secondly, Sanofi is alleged to have engaged in a kickback scheme with doctors such that physicians would be encouraged to prescribe taxotere. The qui tam lawsuit has highlighted a very sophisticated scheme of bribery to push sales of taxotere to almost $1.5 billion dollars in 2004 alone. As  a result of their sophisticated marketing and bribery tactics, thousands of women have become victims of toxic chemotherapy with taxotere. The most prominent and debilitating side effect from such toxic chemotherapy was alopecia caused from cancer treatment.

To experience permanent baldness is an extremely agonizing experience, adding injury to insult for women undergoing breast cancer therapy. There are not only mental and emotional damages associated with permanent alopecia from taxotere, but economic loss as well in the form of inability to return to work as a result of suffering severe psychological trauma. Taxol, which did not cause permanent hair loss, was always available as an alternative chemotherapy drug for breast cancer. Yet women were simply not given that choice, because the warnings on debilitating taxotere side effects were effectively masked by a greedy pharmaceutical manufacturer. No woman given the information regarding taxotere and the equally effective taxol alternative, would have chosen taxotere over taxol, and risked permanent hair loss. Sanofi is alleged to have deceived women with sophisticated kickbacks to physicians that resulted in women believing taxotere was more effective at treating their breast cancer than taxol. The breast cancer chemotherapy market contained multiple drugs that were not only more effective than taxotere but also did not carry the massive risks of permanent hair loss. Please contact Baseluos Law firm to discuss your options regarding a chemotherapy drug lawsuit.