Why do we hear about passenger and drivers being ejected out of a vehicle during an accident? What happened – how are they ejected through the car doors?

The answer is simple : the door latches unlatch due to particular inertia forces caused by the accident or a compression of the rod in the door latch as a result of the twisting of the vehicle. Yet a San Antonio and greater Texas personal injury attorney will tell you that door latches are simply not supposed to come unlatched during a car crash. If the door came open when a vehicle went through a rollover or an accident in general, then there is most certainly a design defect in the latch. 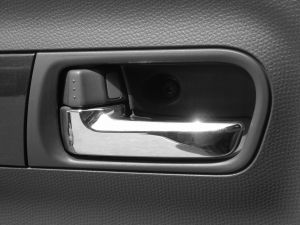 Can you believe that the auto industry has known for decades about a solution to keep door latches from unlatching ? The solution is called a Bowden cable – it costs less than $10 and is a suitable substitute for the customary rod in the door latch setup. Manufacturers have also developed door latches that will not be affected by inertia forces.

It is imperative to preserve evidence and consult with the necessary greater San Antonio and Texas legal experts when you or a loved one have suffered devastating injury as a result of being ejected from a vehicle.