Xarelto case filings are skyrocketing as over 3300 cases have now been filed in Louisiana under Multi District Litgation No. 2592 headed by Judge Fallon  or the Philadelphia Court of Common Pleas, overseen by Judge New. Acute and deadly bleeding events have affected thousands of individuals and their families as new information reveals that the manufacturers engaged in deceptive marketing while concealing evidence of xarelto bleeding problems.

Recently Drs. Hwang and Hun concluded studies of senior citizens who switched from traditional warfarin to the blood thinner rivaroxaban (pharmaceutical name for Xarelto). The researchers discovered the patients were at increased risk of vitreous hemorrhage or eye bleeds. In June 2015, a leading medical journal, JAMA Ophthalmology   published their research detailing xarelto side effects of eye bleed injuries shortly after transitioning from Warfarin to Xarelto. 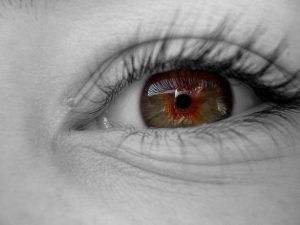 Scientists and professors from John Hopkins published a study in the April 2015 issue of BMJ (originally known as the British Medical Journal) in which they  investigated the risk of gastrointestinal bleeding associated with anticoagulants. The researchers concluded that there could be a “more than twofold higher risk of bleeding with rivaroxaban compared with warfarin.”

Bayer AG and Janssen Pharmaceuticals (a subsidiary of Johnson & Johnson) marketed Xarelto as a one time daily (1x per day) medication. The idea of a once daily dosage was done to appeal to consumers and lure them away from the competitor manufacturers of Pradaxa and Eliquis. Yet studies have confirmed that the intensity of Xarelto’s anticoagulant properties largely decreases over the course of the day, leaving Xarelto users in serious danger of internal bleeding , uncontrolled bleeding , and hemorrhages . The defendant manufacturers absolutely never warned the prescribing doctors over the drop in blood thinner effectiveness, forming a large basis of “efficacy claims” in the federal courts.

Another largely unsound and deceptive business practice of the manufacturer defendants was to market Xarelto as being better than Warfarin due to their claims that a routine blood test was unnecessary for Xarelto users as compared to warfarin users. These claims have now undergone major scrutiny as it has been demonstrated that xarelto bleedout incidents would have been seriously diminished had blood monitoring taken place. In fact, Xarelto manufacturers had actually  developed a blood testing device to use in conjunction with Xarelto but chose not to actively push that device for fear it would discredit their prior claims of no blood monitoring and diminish profits.  Downplaying or out rightly rejecting the need for blood monitoring is a major part of the case against the manufacturers for failure to warn which has led to xarelto fatalities and serious side effects  .

In our prior blog entry on the learned intermediary doctrine , we discussed the key element of whether the prescribing information given to the doctor adequately allowed medical providers to weigh the risks and benefits of prescribing Xarelto. A strong argument can be made that in fact prescribers were seriously misinformed about the effectiveness of rivaroxaban and xarelto side effects.

Baseluos Law Firm is offering free consultations for anyone in the United States who has suffered a severe bleeding event, gastrointestinal bleeding, cerebral hemorrhaging, or even death from Xarelto.