There are certain time periods in the NHSTA manual regarding the administration of the HGN test that must be followed. Specifically, there is a certain length of time that must be met in the “smooth pursuit” test as the officer moves the flashlight in front of the driver’s eyes. When the officer directs the flashlight to the side, that light must be held at maximum deviation for a specified time. A well trained Bexar County or Wilson County DWI lawyer will scrutinize the DWI video and make sure the tests are done within the proper time parameters according the NHSTA standards. 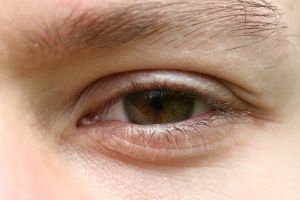 We know that under the HGN test, there can be up to 6 clues of intoxication – three (3) clues in each eye. According to the NHSTA manual, when four (4) or more clues are present whether it’s through lack of smooth pursuit, a distinct nystagmus, and onset of nystagmus before a 45 degree angle, the HGN is accurate a little over 75% of the time. This 75% rate means that inherently the HGN test has a 25% rate of error when it comes to predicting intoxication. A 25% rate of error is certainly not a low enough rate of error in any juror’s mind to demonstrate legal intoxication beyond a reasonable doubt.

A strong San Antonio DWI lawyer will also attack the statement of the NHSTA that a driver’s Blood Alcohol Concentration is above .10, when there are at least 4 clues present during the HGN test. There is absolutely no scientific basis for such an assumption and such a statement is likely to be suppressed at a hearing.

When the HGN test is not performed per NHSTA specifications, then it is an invalid test and it can be argued that it is not valid evidence. A strong Texas DWI attorney will argue to a jury that incorrect performance of the HGN test renders any assumptions about intoxication clues worthless.

There are also issues with estimation of a forty-five (45) degree angle on the driver’s eyes. Exactly how does the officer estimate that the driver’s eyes have reached a forty-five degree angle? The officer will counter by stating he can determine the angle based on the shoulder of the person. However, inherently, that is a bad way to estimate the 45 degrees because the distance between the head and the shoulders varies from person to person.

There is also the difficult question of exactly how the officer detects the nystagmus or the eye bounce – it is incredibly subtle. How good is the officer’s own eyes – does he wear glasses or contact lenses?

In the next blog entry, we will continue to discuss additional ways for a San Antonio DWI attorney to attack the Horizontal Gaze Nystagmus Standard Field Sobriety Test.