In Houston, an injured woman brought suit against Wyeth Pharmaceuticals claiming several prescription drugs used for her hormone replacement therapy had caused her serious personal injury. Her causes of action included failure to warn and design defects in the drug. The Appellate Division indicated that federal laws did not preempt the failure to warn claim, even if the FDA had approved the label’s warnings. However, the cause of action claim for a design defect was dismissed on account the plaintiff had not proven a safer alternative.

In a Texas personal injury auto accident case in Houston, the injured driver sued the manufacturer of a truck for negligence and product liability claims. In these types of cases, the burden is on the plaintiff to show evidence of a safer alternative design. It is also critical that the injured plaintiff’s expert have the training, experience, and special knowledge to comment on design defect and the use of safer alternative designs. 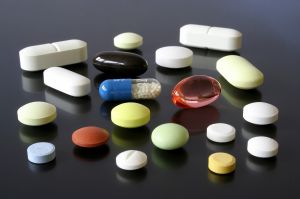 In another Houston Texas pharmaceutical drug injury case, a woman sued her doctor and Wyeth Laboratories for injuries from the dietary drugs Pondimin and Reduc. She alleged personal injuries including heart damage. However, the case was dismissed. San Antonio and greater Texas products liability cases must be brought within 2 years after the person suffers the injury.